Many consider sun, surf culture and endless sprawling coastline to be synonymous with Australia. Of course, it has all the above in droves, but it also has frosty winter mornings, ski fields and snow. As we enter the deep dark depths of British winter, I look back at a colder version of the world’s hottest country.

During my first winter in Canberra I was shocked to discover that the mercury regularly dropped below zero. Mornings were clear and crisp and occasionally, the nearby Brindabella Mountains were dusted in a layer of the white stuff. The downside to these beautiful winter days was that houses in Canberra weren’t built for the cold. Morning showers were a tough affair and at times, I couldn’t feel my fingers as I sat at my office computer.

However, less than two hours drive from Australia’s capital, winter took an even stronger grip in the aptly named Snowy Mountains. With a pretty town base at Jindabyne, these slopes are home to two renowned ski resorts: Thredbo and Perisher. On several trips, I encountered better piste than any I’d experienced in European resorts, with the first lifts of the day dropping me onto pristine runs that often glistened under bright blue skies. Skiing and snowboarding were certainly the most popular sports, but for a quirkier experience, there was also an opportunity to snow shoe to the summit of Australia’s highest peak. 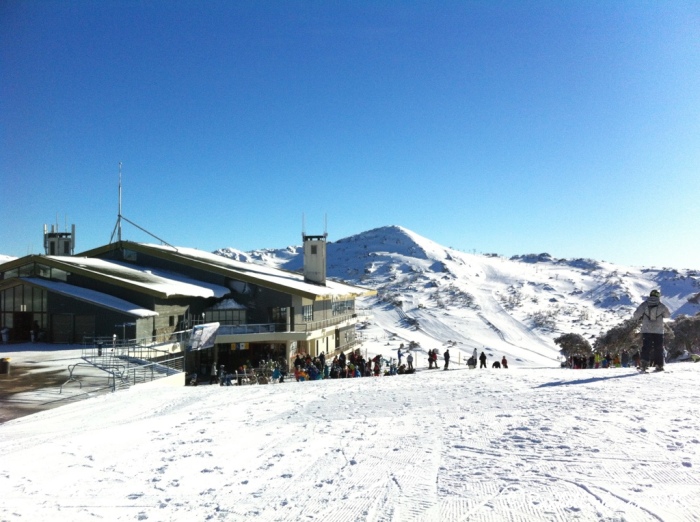 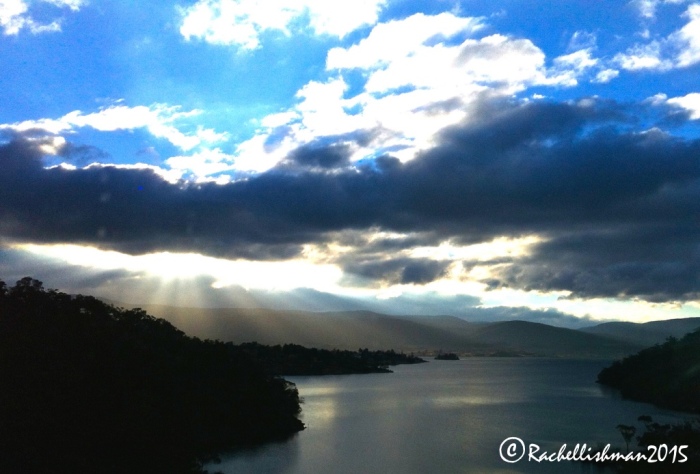 There are many other activities available around the picturesque Lake Jindabyne

My attempt to snow shoe to the summit was halted suddenly when the weather closed in (not long after this blue sky was pictured!)

Having failed to reach the summit in my snow shoes, I took a different approach the following autumn! 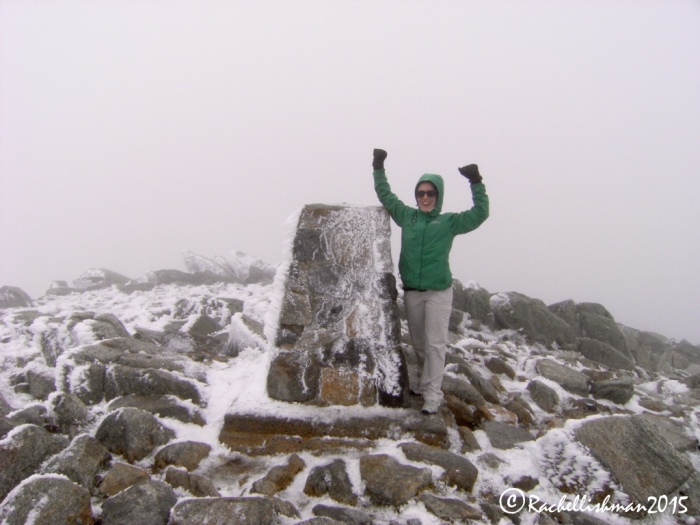 I had to leave the bike about 1km from the summit as winter had set in early, but I finally made it to Australia’s highest point!

Mount Kosciusko in the middle of the Snowies stands at 2,228 meters and was named by the famous polish explorer Edmund Strzelecki in tribute to the famous defender of Poland in the American Revolutionary War. While not that high by global standards, in winter the mountaintop was always smothered in at least three feet of snow. On one occasion, while everyone else skied down the slopes, I decided to take the Thredbo cable car to the start of a trail that pushed upwards towards the peak.

Winter weather was unpredictable. The wooden boardwalk wasn’t always visible in colder months and the summit itself only occasionally allowed a clear view from the top. Unfortunately during my attempt, a complete whiteout forced me to turn back less than 500 meters from the stone that marked the top of the mountain. However throughout the year there were many opportunities to return to Kosciusko on foot, or by bike to appreciate a 360–degree view of one of earth’s largest country. I eventually made the summit the following autumn, despite finding early ice taking over the mountain.

As the seasons changed, so did the highest point in Australia, and through dry summers the hillsides would gradually turn a deep umber in the hot sun. Winter was white and spring was green: the perfect time for appreciating the tranquil Lake Jindabyne from the seat of a mountain bike. Since I left Australia, the bike trails have been improved and linked, so that it’s possible to cycle continuously for a few days throughout the national park.

Like most British people, Australia’s sunshine was a key factor in my decision to live in the country. I really enjoyed lazing on Bondi beach, driving The Great Ocean Road and scuba diving on The Great Barrier Reef, but some of my most memorable experiences were actually well away from the coast.

Maybe, once you’ve sunned yourself on Australia’s famous sands, head inland to experience a different side of this sun-drenched continent.

11 thoughts on “Yes, It Snows In Australia: Winter Play In The Snowy Mountains”