I hadn’t expected it to start with a hill. As a lime green mankini and its host buttocks pulled away up the gravel path, the tiny town of Reuil dropped away behind me, and I puffed my way through the first kilometres of France’s strangest sporting event.

Reuil sits in the Champagne-Ardenne region of northern France. Only a few hours south of Lille, it’s a pretty patchwork of agricultural land that’s punctuated by homesteads and sliced by wide, winding rivers. The hot summers and ample rainfall in the countryside make for perfect grape growing conditions. In fact, areas are even separated into a hierarchy according to their quality of grape: Grand Cru, Premier Cru and well, just Cru. 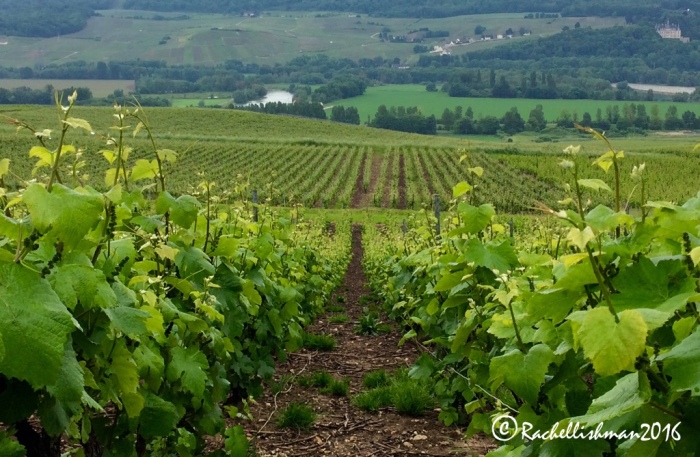 The highly-prized vines of the Champagne-Ardenne

It’s understandable that tourists visit for one reason only: Champagne. Moët & Chandon, Mercier and other famous brands can be found only meters apart on the same road of nearby Epernay; L’Avenue de Champagne. Underground, a UNESCO-protected maze of over 130 kilometres of tunnels keeps the world’s most expensive drink nicely chilled. Most holidaymakers spend a relaxed weekend taking tours of the famous ‘caves’ and indulging in stereotypically excellent French fare.

Not so for me. I had reached kilometre three of La Champenoise, an 18 km race through the region and I was starting to regret my decision. My doubts about running through the famous vineyards on a humid May afternoon were primarily due to my lack of fitness, but also the disappointment at not having seen my first official rest stop. Because at this quasi-half-marathon the rules are slightly different: in place of traditional water stops, several sheds ply weary competitors with glasses of the finest bubbles.

However it wasn’t long before my spirits were lifted with my first sip. Cold champagne is always tasty, but after an uphill run of several hundred metres battling with floppy red braces and a slippery fake moustache, it really did taste divine. Other crazy people who had decided to undertake the ultimate in novelty fun-runs surrounded me. They were dancing in their ridiculous outfits as a band played, seemingly oblivious that we had just completed the worst incline of the route.

Once into my stride on the flat and buoyed slightly by the prospect of more champagne, I lightened my mood and my pace. The elaborate costumes of my fellow runners were wonderfully bizarre, ranging from dodgem cars to doctors and turtles to tutus. Beyond this colourful array of homemade fashions, I began to take in my stunning view. Despite the dull sky, the green of the vines that sloped away into the valley below wasn’t dampened. Small hamlets with friendly locals occasionally lined the path, clapping my tired legs on in spite of my somewhat provocative ensemble of beret, onions and a matelot top.

Along the course I made new friends, in particular a group of cape-clad middle-aged men who were old school friends. They had met for the last three years to run La Champenoise – a perfect excuse, I was told, to drink the good stuff and simultaneously mock each other in that lovely way that only old mates can. They had procured an entire bottle of Champers (the local touch perhaps) that quenched my thirst and sang a range of improvised songs that supported me to the final pit stop.

Despite the camaraderie of the race and the regular top ups of champagne, by kilometre 17 my legs were ready to give way. Only one steep downhill was left and my new allies encouraged me towards the finish line. Eventually I could see the ballooned archway that would signal the end of the longest run I had ever completed: A milestone.

Over the finish line and back in Reuil, celebrations had started. Some had finished fit and fast while others with smudged face paints and lost accessories had sustained injuries, but overall everyone was happy it was over. As a hazy evening sun appeared from behind the grey clouds, Reuil and its river buzzed with the sound of chatter, chanting and the chinking of glass flutes.

France’s weirdest running race had not disappointed but I was in need of a hot shower and surprisingly, one more taste of the famous drink that put Champagne-Ardenne on the world map.

La Champenoise signed up almost 2,000 runners in 2016. I managed to take some photos of its largest gathering to date…concrete evidence of my slow, steady pace! 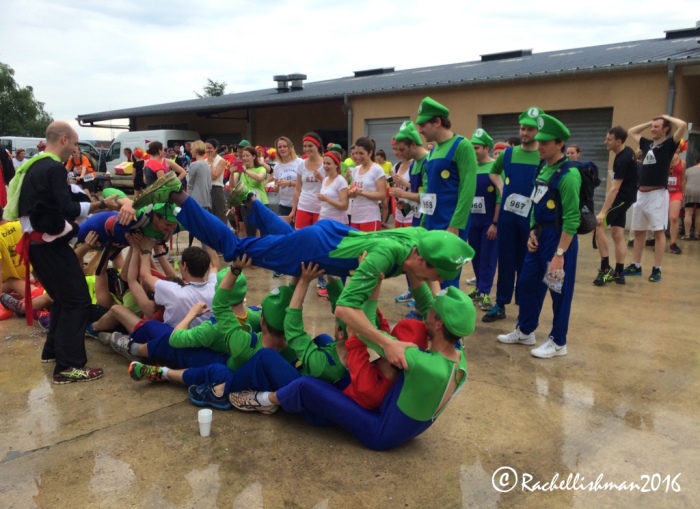 At the halfway mark, spirits were high and the focus was on making friends and drinking Champagne, rather than running!

Reuil, the start and finish of the course, is a town on the official tourist Champagne route through the region. Most visitors are sensible enough to drive! 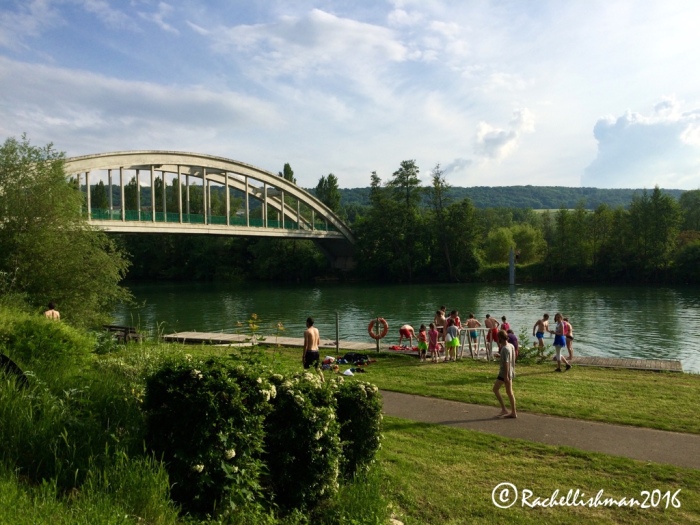 At the end of the race, the sun finally showed itself and tired competitors made for Reuil’s pretty river…